A Ladybug Showed Up in my Loft Today! I hadn't been out since the day before and all the doors and windows had been closed...but some how she found her way in! So I caught her and set her free! Then I decided to look up its symbolism...and of course I couldn't pass up the opportunity to create an inspirational photo! 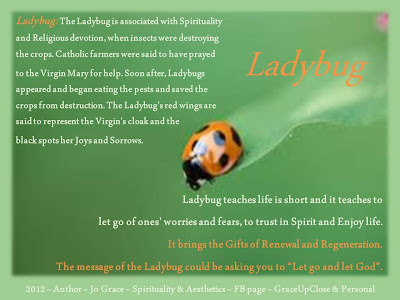 Complete meaning: Ladybug: The Ladybug is associated with spirituality and religious devotion. The name Ladybug originated in Europe during the Middle Ages, when insects were destroying the crops. Catholic farmers were said to have prayed to the Virgin Mary for help. Soon after, Ladybugs appeared and began eating the pests and saved the crops from destruction. The farmers began to call the Ladybugs “the Beetles of Our Lady” and eventually they were known as Lady Beetles. The Ladybug's red wings are said to represent the Virgin's cloak and the black spots her joys and sorrows.

Ladybugs are also considered to be symbols of fire and the Sun.

Ladybug teaches life is short and it teaches to let go of ones' worries and fears, to trust in spirit and enjoy life. It brings the gifts of renewal and regeneration. The message of the Ladybug could be asking you to “Let go and let God”.

Connect on Facebook at GraceUpClose & Personal
Posted by Unknown at 12:36 AM

Is About Transformation
"It’s not About Being Better than Someone Else,

It’s About Being Better than You Were!” ~Jo Grace

Certificate of Appreciation ~ City of Sacramento

Books by Jo Grace at Amazon.com 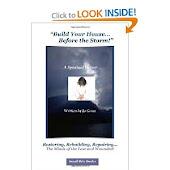 Build Your House, Before the Storm! 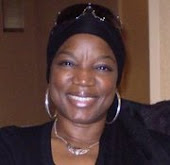 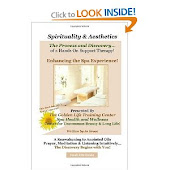 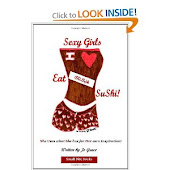